Join Our Newsletter
Shop Our Store
MAIN MENUMAIN MENU
By Brian McLaughlin on June 13, 2019 in DGU 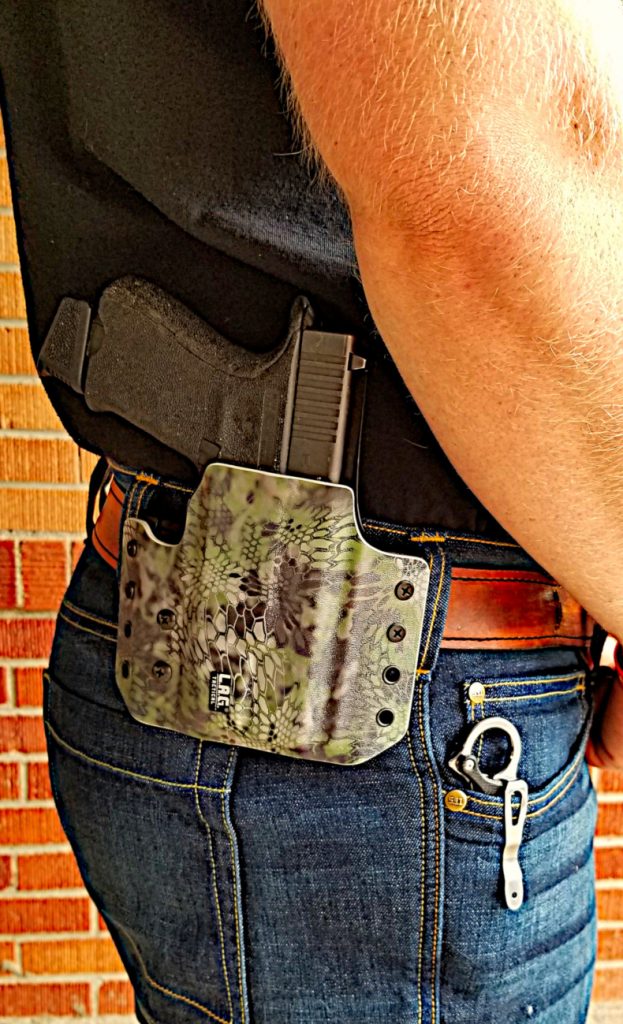 A shooting in Overland Park, KS, left one man dead after he attempted to rob a Boost Mobile store at 76th and Metcalf.

Overland Park Police Department (OPPD) said that Deshawn Brim entered the cell phone store at around 7:45 p.m. while his wife waited outside.

With a gun in his hand, Brim ordered the employees to turn over merchandise.

After reviewing security camera footage of the shooting, John Lacy a spokesman with OPPD said,

What we see is we see the suspect go into the store. He displays a handgun, and at the same time he’s demanding merchandise. At that point, he put the gun into his waistband or in his pocket, and that’s when the employee at that point, he brandished a firearm.”

According to Lacy, when Brim put his pistol back into his waist band, an employee of the Boost Mobile store who had been robbed before at that same location, drew his own gun and ordered Brim to leave the property.

The employee shot and killed Brim and then locked the door to the front of the store to prevent any other intruders. Brim’s wife, then tried to gain access to the building, but could not due to the locked door.

OPPD officers quickly arrived and took control of the scene. Officers questioned the armed employee and other employees who had sought cover behind the counter as the gun fight occurred. Brim’s wife was also questioned, but the police decided that no arrests in the situation were warranted.

According to Spokesman Lacy, Brim had been in and out of jail before, and was on parole at the time of the shooting for weapons charges.

“Be aware that if you’re the bad guy, the good guy can also have a firearm, too,” Lacy said. “You never know who is carrying a firearm.”

This is the sort of self-defense scenario that the concealed gun carrier needs to be prepared for both before, during, and after it happens. Proper training and mindset help you before and during, and having some sort of legal coverage after is also very important. You can compare all the big players in this arena by check out our concealed carry insurance chart, here.

What do you think of this self defense shooting? Is there anything you’d do differently? Leave a comment below to let me know.

One Response to Defensive Gun Use: Man Shot Trying to Rob Cell Store